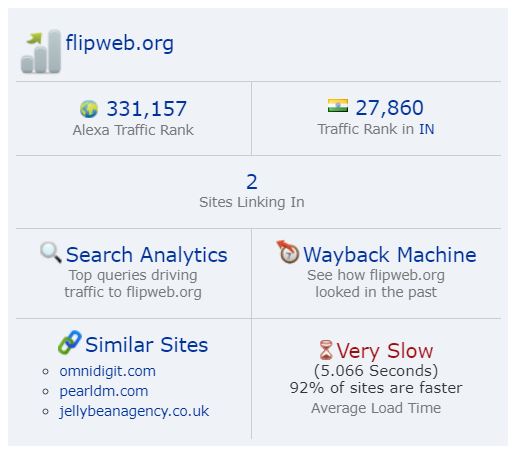 If you have been in the industry from a while now, you would know how people love to post their Alexa rankings. These are basically rankings given to each and every website that have Alexa installed or not. Alexa is a company which is owned and operated by Amazon and they determine the ranking of a website along with the backlinks and other information. Now, it is also known that Alexa rankings get improved if you install the Alexa widget on your website.

This basically tells you that Amazon wants you to install its plugin on your site who will then improve your rankings in return. However, these rankings do not mean anything and they are just for your reference. But we have seen many webmasters get complains that their rankings are getting low and they need to improve them. On asking, website owners reveal that they are talking about Amazon Alexa rankings. While most of us would advise site owners to not worry about Alexa rankings, they still do.

But the user was still not convinced so he asked: “what should be the criteria for a publisher to compete with competitors and get more visibility on Google News or Search.” To this, John replied saying “Make something that users will find awesome. Alexa rank doesn’t impress users.”

However, the webmaster still needed clarification on this so he asked another question: “But when we talk about something different for news websites it’s difficult as facts and factual information are the same for all”. John again replied saying “Just writing the same thing as others doesn’t provide new value, it doesn’t create something users will find awesome.”

Adding to this, we have seen that this is every website owners dilemma saying that news and other topics are the same on their website as everyone else so how can they be unique. While that is a worry for site owners, do note that Alexa rankings don’t have to do anything in this matter.