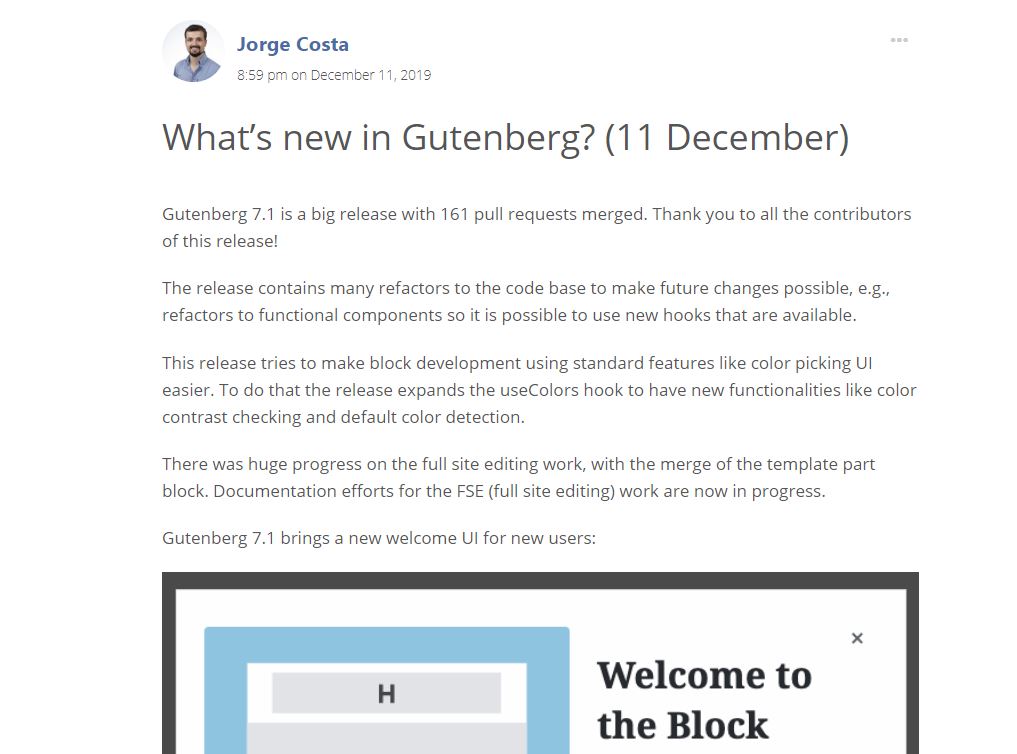 It has been observed that people are starting to use content management systems more and more rather than making their own websites from scratch. This is because you get what you want from the CMS while you have to tweak too much in order to get the same in a custom-developed site. This is the reason why CMSes are preferred and one of the best in today’s day and age is WordPress. Now, a huge update was released in WordPress a few months ago which was named as the Gutenberg update.

Now, there were people who loved the Gutenberg update whereas others were not so pleased with the update. The fact that WordPress’s classic editor was removed from the dashboard meant that there were people who didn’t like it. Having said that, people also understood that they need to update to the latest version for the security improvements. Also, there is a workaround where you can install the classic editor via a plugin which has been released by WordPress themselves. Another new update has now been released by WordPress.org and WordPress.com which is termed as the Gutenberg 7.1 update and it brings a lot more improvements to the table.

Starting with the new improvements, there is now a new welcome interface to get yourself familiar to the Gutenberg editor. There was a welcome interface earlier too but it was not as friendly as what we get right now. Other than that, we have new table captions which means that you can add captions to your tables which was not present prior to this update. You can now edit your posts from mobile too as the latest update adds mobile editing improvements too. There is now a fixed editing toolbar rather than a disappearing one so that you get the tools that you need all the time rather than searching for them.

Related Topics:Gutenberg 7.1WordPress
Up Next