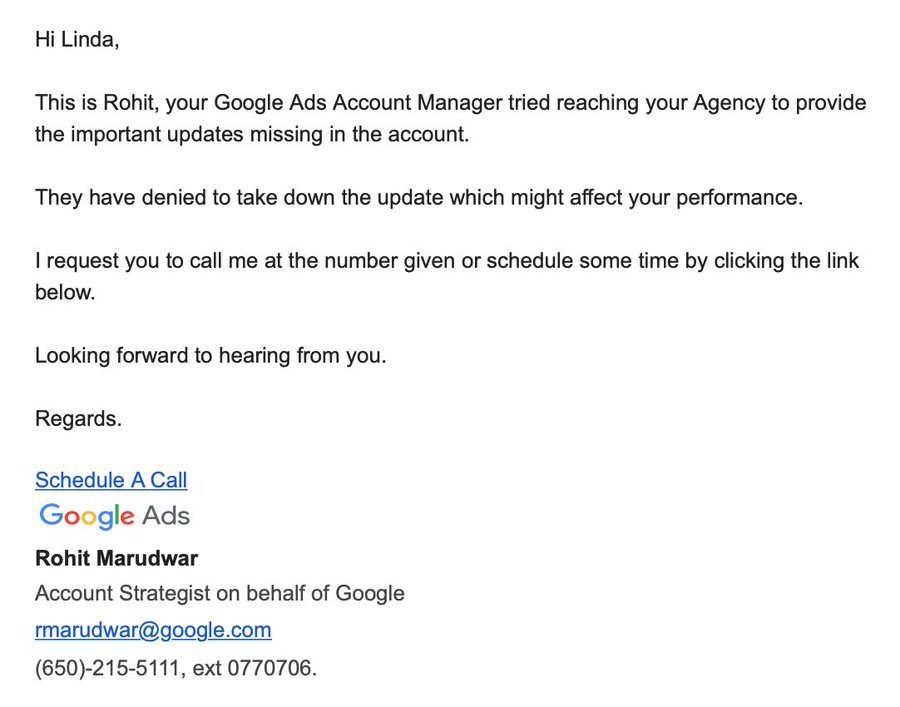 We have seen many instances where companies contact customers. However, here is an example where a company is making direct contact with the customers rather than talking to a third-party about it. This incident is regarding Google Ads mailing owners of the account to tell them that their accounts have not switched to automatic bidding. While this would be normal, what is not normal here is that Google did not contact the agencies handling Google Ads account for those owners.

It is also worth mentioning that some strong words are being used in these emails from Google Ads. First of all, the email reads that the team tried contacting their agencies. However, the email goes on to mention that “They have denied to take down the update which might affect your performance.” By this, Google Ads wants to say that the requests that they made to the agencies have been denied. However, this causes trust issues between agencies and owners who would think that agencies are doing something wrong.

But that is most probably not the case here. It is also worth noting that the signature is “An account strategist on behalf of Google” Also, it was found out that the person who emailed this is working at Regalix. This means that the email was sent by third-party on behalf of Google. From this, we can get to know that Google is also outsourcing its work to third-party companies and one of them is Regalix.

However, it is also worth mentioning that the email does not make a good impression of the agency when sent to a client. Therefore, if you are working at an agency and your client has received a similar email because of your refusal, you will have to tell your client why it was done so.

Related Topics:emailGoogle Ads
Up Next