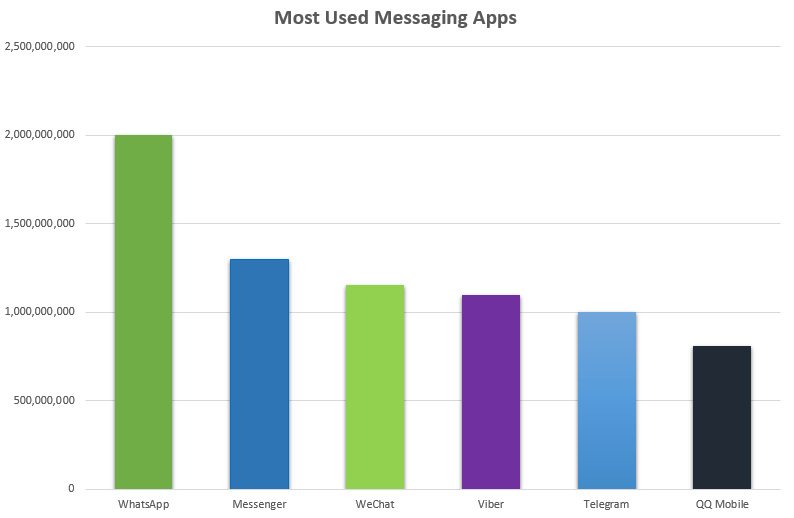 One of the biggest news of this week has definitely come from Facebook and this is not related to the platform. However, the announcement is related to another platform that is owned by Facebook. We are talking about WhatsApp right now which was acquired by the company back in 2014. At the time of WhatsApp’s acquisition, Facebook said that it had 500 million active users using the platform. However, Facebook said that they want to increase this number even more. Now, six years later and Facebook has managed to achieve what it had planned in 2014.

This is because the company announced that its platform, WhatsApp, has just crossed the 2 Billion monthly active users mark which is quite an achievement. In context, Facebook is now the only platform which has more active users than WhatsApp. Yes, Facebook with 2.5 Billion active users comes first while WhatsApp with 2 Billion active users is second in the list. However, the story will be totally different when we see reports of platforms generating the most revenue.

Because while most Facebook platforms have their revenue plans sorted, WhatsApp is different as there are neither ads nor premium services. Also, Facebook and WhatsApp are totally dominating the active users’ chart while it is proud for Facebook to see that the third platform on this list is also owned by them. Facebook’s Messenger, which is a separate chat app for Facebook users, is used by more than 1.3 billion users too. This makes sense as well because most of the Facebook users might want to chat with their friends on Messenger.

Coming back to the topic of revenue generation via WhatsApp, Facebook reportedly dropped their plans to integrate ads inside WhatsApp Status. So we now know that the company is working on a different strategy of generating revenue from the platform. It remains to be seen what that will be.

Related Topics:Active UsersWhatsapp
Up Next

Snapchat is testing a redesign to its app to simplify navigation

Unconfirmed Google algorithm update has hit websites all over the world: Report