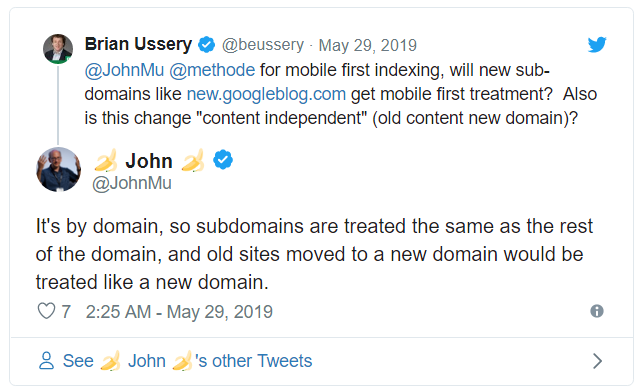 Now, Google’s John Muller has cleared the confusion regarding the same to everyone concerned with this issue. John, responding to a question on Twitter, clarified that Google will move domains as well as its sub-domains to mobile-first indexing.

Now, one of the use cases for this is when you have sub-domains that are not hosted WordPress sites that use subdomains for their URLs. So instead of treating them as different websites, Google will treat them as a root website with sub-domains as far as mobile-first indexing is concerned.