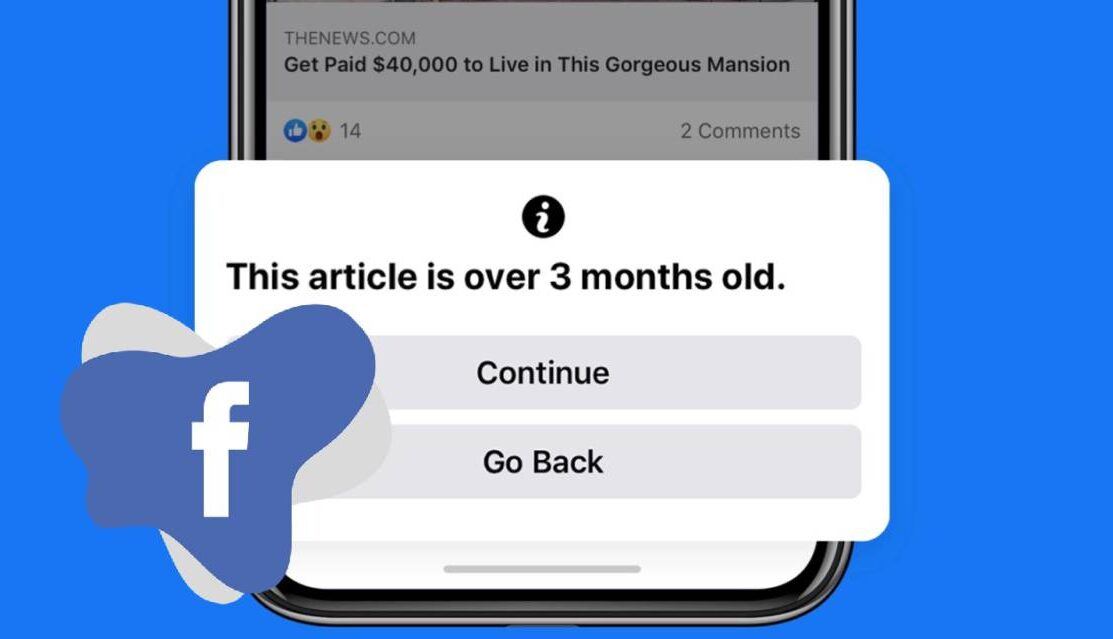 Yesterday, we reported that Facebook is now following the footsteps of Twitter in a way that will help the people spread less fake news without even being aware of the same. As far as Twitter was concerned, it implemented a new feature where users who are blindly retweeting certain articles would be prompted if they have read the article before retweeting them just from the headline. Reading the article would mean that all the facts are known while a headline might not tell you everything there is to know.

Similarly, Facebook has just announced they will notify users if an article is more than 90 days old before they share it so that users can know if the news is relevant today or not. Because once again, we might see a headline and get scared of the same. But there is a reason why you need to read the article and see the date when it was posted because it starts fake news.

We appreciate this feature from Facebook but there is another side of the story as well. It is that the same feature that helps users will not help publishers on Facebook because it will eventually slow down the traffic that is coming to older articles since people are unlikely to share the same.

There is an interesting point being made in favour of publishers which says that “While an article on COVID-19 written 90 days ago maybe severely outdated, not all articles are irrelevant after 3 months”. This means that Facebook needs to implement a way in which it shows older article notifications for health articles since other articles are not going to have the same issue.

However, Facebook says in its press release that News publishers have expressed concern to them and added that “Some news publishers have already taken steps to address this on their own websites by prominently labelling older articles to prevent outdated news from being used in misleading ways.”

Related Topics:Facebookold articles
Up Next

This is how YouTube search works, as explained by Google