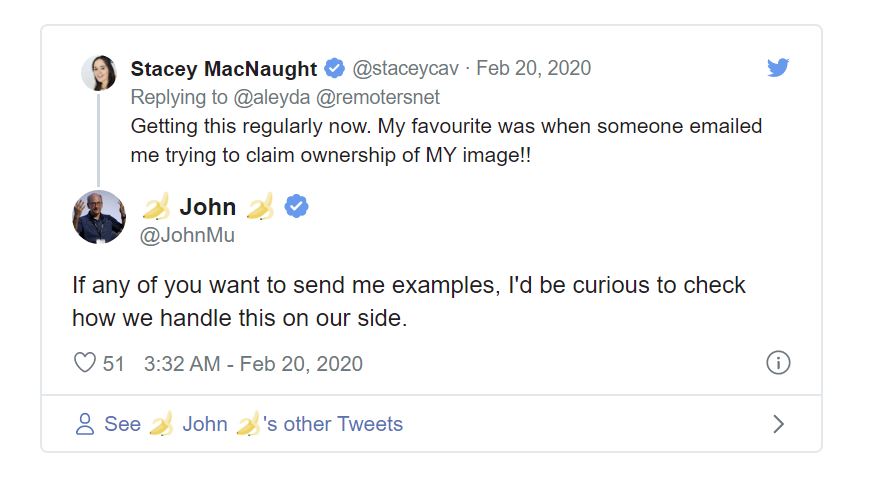 We know that the internet is full of blogs and articles and there are people who want to link back to those articles as well. However, the SEO community is also filled with people who are using every tactic they can to build links to reputable sources.

As we all know, link building is one of the great ways to boost a page’s rank in SERP. However, it is also seen that conventional methods of link exchange are hard and expensive. Let alone the fact that Google does not allow it to be done in open.

Therefore, people have now resorted to some deceitful tactics in order to get a link back to their websites which can help get them a higher rank. One of the tactics that got Googler John Mueller’s attention is from a thread on Twitter. This started when a website owner said that he received an email from someone saying they used an image owned by him.

However, the twitter user said he is confident the image was bought by him from an image commissioning site. On checking further, he said the image used inside the article was also “inserted” and it was definitely not from the one who sent the email. He also confirmed this with the site from where he bought to see the owner.

This thread was later filed with replies from others who said that the same emails were sent to them too. This meant that the tactic was a scam to deceit people in giving links for free on the back of using images which are not originally owned by them. John Mueller replied to this tweet by saying that he would like to check how we(Google) handle this on our side.