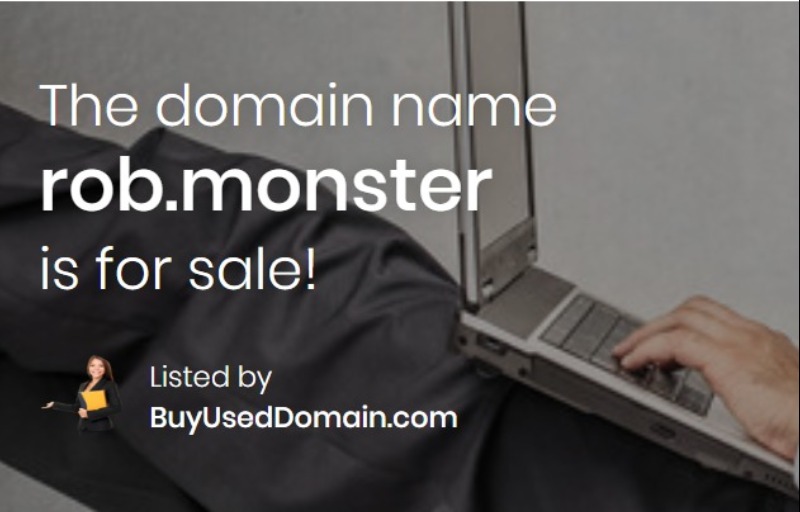 We have known that there are various kinds of TLDs or top-level domains around the world. However, there are other global TLDs as well known as gTLDs. These are found with extensions such as .website, .digital and more. Now, the latest addition to the list of gTLDs is .monster. Yes, .mosnter was recently announced by XYZ registry and domains with this extension are already available. Now, XYZ registry also chose a not-so-good day for opening registrations of .monster domains which was April 1. Obviously, it is April fool’s day and people thought of it is an April fool’s joke which it is not.

Now that the .monster domains are available for registration, people were expecting one particular domain to be grabbed up quickly. This is the rob.monster domain which suits the name of Rob Monster, CEO of Epik.com. Yes, it definitely was registered quickly but not by Epik.com. Rather, the domain was registered by a Germany-based business named
BuyUsedDomain.com. Also, it has already been listed for sale and parked on Undeveloped.com as well.

The price of this domain has not been fixed by the owner yet. But it is known that you need to make a minimum offer of $250 for this domain. At the moment, we are not sure if Rob Monster is even interested in buying this domain at all. Because like everyone else, he might not be interested in the .monster domains too.

On the other hand, Rob Monster does own a particular matching domain name with .com extension which is RobMonster.com. On visiting this domain, you will be redirected to Rob’s LinkedIn profile. Now, we know that Epik.com’s owner Rob Monster is in middle of a controvery right now. This is regarding hosting a domain gab.com on its registry Epik.com which is a “free speech” social network. The site has been known because Pittsburg’s shooter was found to have ranted there.

Alpnames’ domains will be taken over by Moniker