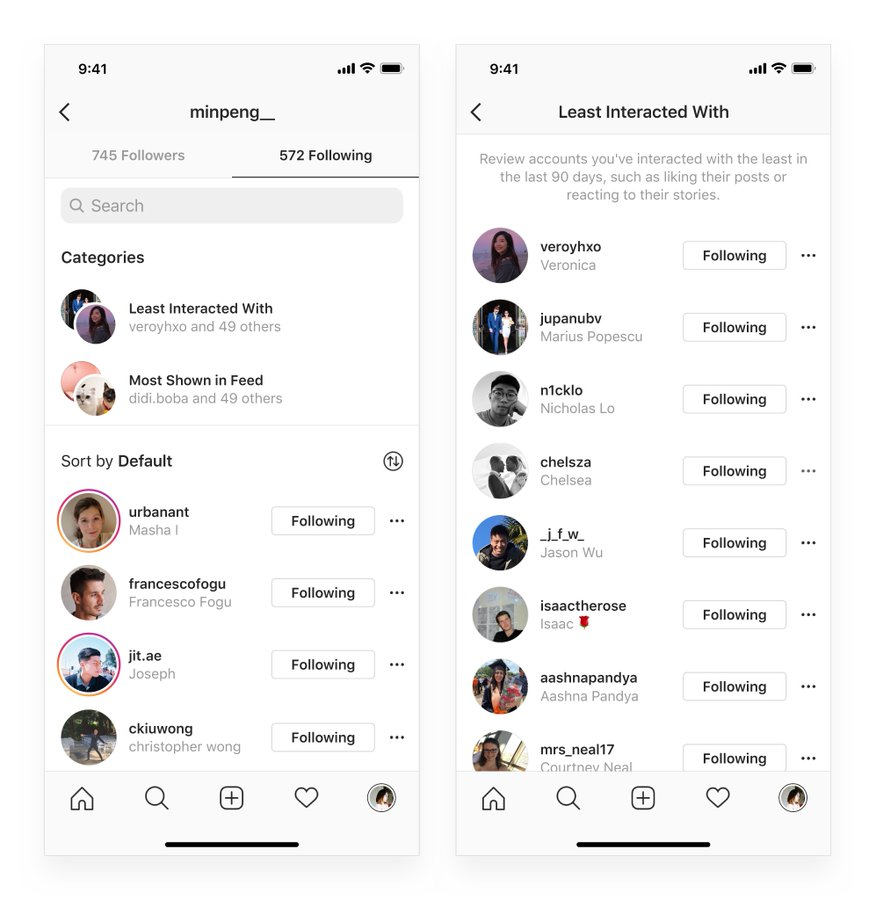 Instagram has just released a new feature which will be great for people who are looking to cut down on their following list. Now, we know that more followers are always better when it comes to social media. However, it is also true that some people like to have their social media accounts only limited to the people who they want to interact with the most. This means that the accounts that might be there just to watch and might not have contacted them should be removed from the list.

Also, there is a limit as to what the number of people you can follow and there is a time when that limit gets reached. Therefore, it is always better to trim down on the following list if you are not contacting them too often. For this reason, a new feature has just been released on Instagram where the platform now allows you to categorize your followers based on certain criteria. For example, you now have categories such as “least interacted with” and “most shown in feed”.

However, note that these categories are developed based on your interactions in the last 90 days which means the accounts should have interacted with you in the last 3 months or less. Now, these interactions are not only direct messages but they can also be liking your posts, reacting to your stories as well as commenting on your posts.