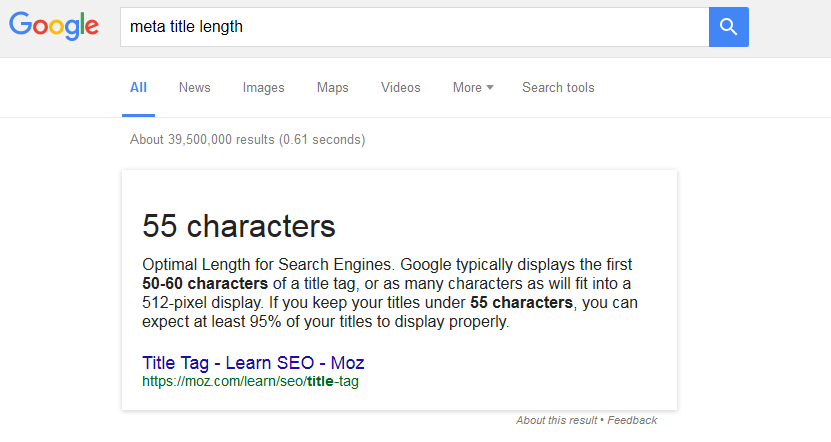 Google has made a massive change in its search results which will sound extremely minor to you. It is that the character length of titles for articles in Google Search has been shortened. On average, it is reported that the company has reduced the length by 5 characters. As we mentioned earlier, you would feel that this is a very minor update. However, we believe that this is not a minor update as it will have an impact on each and every website.

One of the things that SEOs take care of when they are publishing or editing articles is to be strict on title length of the article. This is because people concerned about SEO understand how important the title length is. If the title length is too long, Google will cut most of it inside search and no one will be able to read it entirely. For this reason, you always have to keep the article title length to a certain limit. Now that the limit has been reduced further by Google, it will have to be changed by everyone on their websites too.

RankRange has revealed that Google is now showing 50.9 characters on average from 55.3 characters which were shown earlier. However, it is also worth noting that Google’s title length is dynamic and depends on various factors. Nonetheless, you should note that the average length needs to be between 50 to 55 characters and not more than that to be on safer side. Apart from that, we don’t expect Google to announce anything regarding this and you should not expect any explanation as well.

But we should also note that there is nothing in this revelation regarding Pixel width. Basically, you can notice that “dddddd” is same as “DDDDDD” but the later takes more Pixel width compared to the former which also makes a big impact on Google’s character allocation since it is dynamic.

Related Topics:Googlereducedtitle character length
Up Next